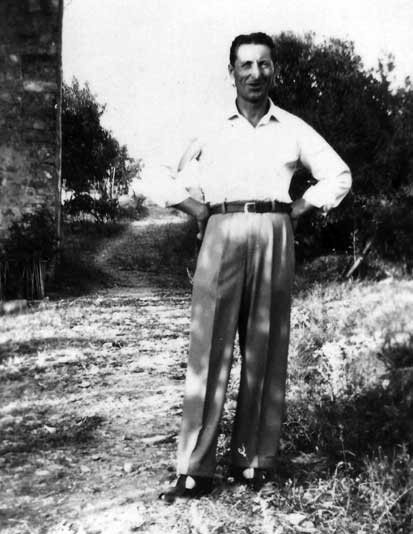 Our grandfather, or nono, as grandfathers are called in Istria is called Olivo. He was born in Šared, a village near Izola in March 1920. When he was baptized, his patron became Saint Joseph, since March 19 is the Feast of Saint Joseph. His name, Joseph, or Jožef in Slovene, was pretty common in those times, so he was given a nickname – Olivo because another feast, Easter, with Palm Sunday, commonly known as Olive Sunday in our country, follows the date of his birth. Olivo like a tough and durable olive tree, and Olivo like a precious word; a word that defines Istria and is rediscovered by modern people as a symbol of health and welfare.

Olive growing and production of olive oil in the area can be traced back to times when the Istrian Peninsula was populated by the ancient Romans. Izola is a small coastal town on the north Adriatic Sea, known as a traditional fishing village, yet medieval records show that the inland region was highly rural. In addition to crops and vine, olives were grown, too. Therefore, this Mediterranean town is a place where agricultural and marine traditions intertwine.

Like many other inhabitants of Izola, the so-called Izlani, our ancestors made a living by farming and tillage. Our grand grandfather or pra nono Anton (born in 1881) supported a numerous family of nine children by the work of his hands. Beside vine, fruits and vegetables, his estate in Šared near Izola was planted with olive trees which still bear witness to a long family tradition. Our grandfather or nono Olivo (born in 1920), carried on Anton’s work, preserved the tradition and passed his love and respect for his work to his descendants. Our father or tata Boris (born in 1957) invested a lot of his time and energy in olives, so he handed down this passion to us, his children. Therefore we decided to offer our experience and a long tradition, which result in the supreme extra virgin olive oil, to a wide range of gourmets, lovers of healthy, delicious and homemade food.

Our family is closely related to Istria and its customs, a place rich with tradition, where olives have been completing the local cuisine and culture for centuries.