A Brief History of „Liquid Gold“ 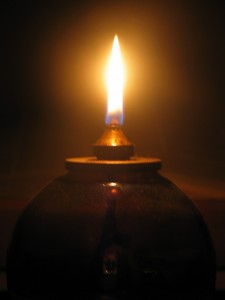 Olive oil or liquid gold, as Homer called it, has been given a special place throughout the history, both in nutrition and medicine, cosmetics and religious ceremonies. Greek athletes were anointed with oil all over the body, and even nowadays, the kings’ heads are anointed with oil during the coronation.

Near the Italian city of Livorno, archaeologists have found fossilized remains of olives, which are supposed to be more than twenty million years old, but the real cultivation began in the Middle East around 5000 BC. Nearly 3,400 years ago, the olives spread from Syria, Palestine and Crete in the southern Mediterranean, all the way to Egypt and Cyprus. In the 8th century BC with the expansion of the Ancient Greece, olive groves reached today’s Italy, North Africa and the south of France. During the period of the Roman Empire, olive trees were planted all over the Mediterranean.

The Greek historian Pausanias (180-115 BC ) mentioned Istrian olive oil in his work Description of Greece. The oil production in Slovenian Istria is recorded in a number of written sources, the most comprehensive are those between 11th and 17th century. According to the census of 1776, 87% of the Izola population was engaged in agriculture and therefore also in olive growing. With the development of the port of Trieste in the 18th century oil trade increased. The production of olive oil was the major industry in Slovenian Istria until the second half of the 19th century, but after a severe freeze in 1929, the olive cultivation in this part of the Mediterranean somewhat died away. It was only in the eighties that it began increasing again, and now the olive cultivation is an important agricultural industry.

Golden drops of this precious liquid permeated the bones of the rulers, saints and ordinary people with the belief that they give them vitality. They illuminated their homes as well as the history of mankind; they were used as a food, a medicine, and they represented the divinity of those who were chosen to be anointed with it.